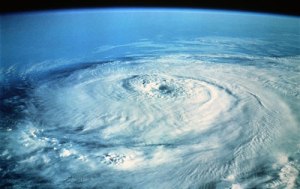 This is a funny story. As you know, most of Europe is blanketed under snow and airlines and airports are struggling to cope with the disruption. European carriers have over the years been willing to invest in technologies to help passengers with information and rebooking possibilities given flight cancellations and delays.

So I decided to take advantage of a cheap flight from Dubai to Kathmandu today. It is only 4 hours away and so I thought that is was a great chance to see something that would be much harder to get to from Europe.

The night before, Fog and rain arrived in Dubai and stayed until early this morning. When I arrived at the airport, there was chaos to put it mildly. All flights had been grounded and no flights were taking off. As you can imagine, Emirates being a large airline was unable to get its planes in the air to free up gates for other incoming flights to land. Numerous flights were diverted to nearby airports such as Sharjah, Doha and Abu Dhabi.

My carrier was Flydubai. A low cost carrier operating out of DXB’s Terminal 2. Given its LCC strategy, it has outsourced almost everything except its flight attendants, pilots and some operational ground staff. So when I went to check-in, my first question was – how delayed was the flight. The outsourced ground staff (employed by Dnata) looked at me as if I had just insulted their mother. She said that she had no idea but that I needed to go through security, passport control and wait at the gate for an announcement. Determined as I am, I asked if there was anybody who could tell me. Eventually she told me to go find the Flydubai flight operations staff down a pokey corridor in the terminal building. Eventually I found them. A supervisor explained to me that they didn’t know when my flight would be leaving because the plane to take me there was stuck in Doha. I looked at her and said, why is the airport not telling customers this but instead sending them to wait for a plane that they think is on time (according to the flight boards). She smiled (wryly) and said that there were so many flights delayed that they didn’t have the time to inform all the passengers.

So I asked if I could get a refund since I didn’t want to fly (because I was likely waiting around hours for the flight to leave). She gave me an email address and told me to write to them.

What a beautiful story that encapsulates everything that can go wrong in an airline when you mix a cocktail of bad weather, poor organization and a lack of service culture.

So how should flydubai have handled this?

(1) Invest resources in customer information. Don’t expect the customer to stand around like a lemming waiting for snippets of info.

(4) (Almost impossible to happen) Reverse the outsourcing trend and employ their own people throughout the flight value chain.

So in the end, I stayed in Dubai and I am sitting on JBR walk writing this blogpost. All’s well that ends well, I am still healthy and the sun is shining. Life is frankly wonderful!

One thought on “The Perfect Storm: weather, culture, organisation”