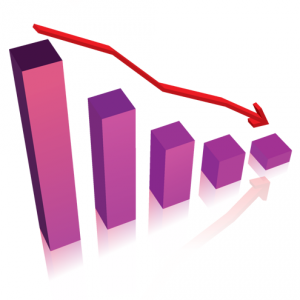 Whilst struggling through periods of poor performance, few, if any firms or organizations would like to characterize themselves as fundamentally bound to fail. Yet evidence suggests that one industry that consistently performs poorly, even against its own metrics is the airline industry in general and the European airline industry in particular. In 2006, the average profit margin was only 3.7 percent (Association of European Airlines 2007). A year later, a study reported that the industry saw a decline of 22 million passengers in 2008 with the premium segment of the market losing a total of  €2.8bn (Association of European Airlines 2008). This performance was repeated the following year with travel figures 2 percent lower in 2009 and average ticket prices per kilometre falling by 15 percent. This was followed up by losses in 2010 of €1bn.  In 2011, the International Air Transport Association (IATA), the industry’s umbrella organization reported EBIT margins of 1.2 percent with total net profits down by €400m from the previous year.

Even more astonishing is a 2011 finding that if economic profit is defined as the gap between weighted average cost of capital (WACC) and Returns on Capital Employed (RoCE) multiplied by total capital invested then the aviation industry has accumulated an economic loss of $115 billion over the past 30 years – and nearly all of it during the last 20 years. These industry wide losses are supported by countless anecdotes. By way of example, Varig, the bankrupt Brazilian flag carrier, in an attempt to attract back customers it had lost, decided in October 2006 to offer free tickets. The official justification for such a policy was that this was to demonstrate that the airline was functioning normally. In other words, Varig was demonstrating that normality in the airline industry equates to losing money (as implied by the decision to offer free tickets).

Industrial organization and economic theory would suggest that persistently inefficient firms would be forced to exit the market – especially when the industry is experiencing unprecedented deregulation. Theories of business strategy would also suggest that firms that consistently produce economic losses would be forced to change strategies if they wish to change the trajectory of firm performance. The aviation sector appears to defy these conceptually intuitive logics.

I believe that airlines are a category of organizations that have been characterized as permanently failing. This concept first developed by Meyer and Zucker’s work “The Permanently Failing Organization” in 1989 argues that the continued survival of these firms is related to serving the interests of certain dependent actors (both internal and external to the organization) who have, by various means, come to wield sufficient power to supplant the presumably more purely economic interests of owners.

While market dynamics also play a role (minimum size to compete, legacy costs and labour unions, de-regulation and subsidy etc), all of these are necessary but not sufficient conditions to explain why airlines continue to exist, yet perform so badly.

More details on this idea will be available once a research paper by myself and a colleague Adél Németh at Jacobs University in Bremen will be published.

2 thoughts on “Airlines and the Permanently Failing Organization”